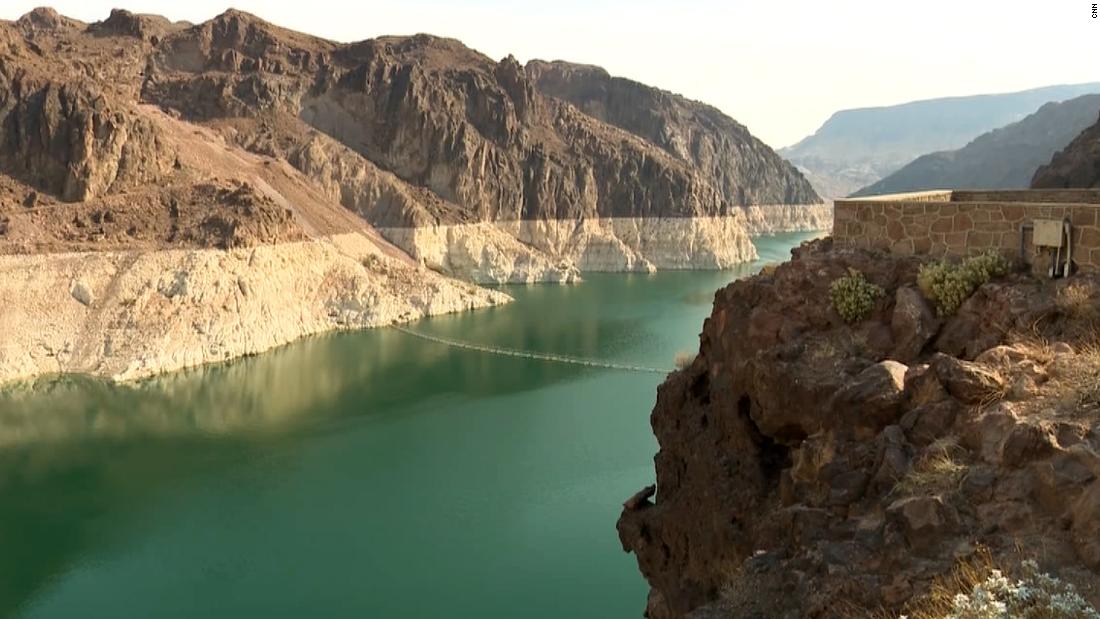 Years of low rainfall and snowpack coupled with more intense warming have fueled the state’s historic, perennial. drought conditionsrapidly draining its reservoirs.
Now California Governor Gavin Newsom has responded by calling on local water agencies to submit water use data before the third working day of each month – or earlier – to accurately measure water conservation targets and increase transparency.

The California State Water Resources Board is requesting that water suppliers submit data outlining their monthly water production, the population served, and the percentage of residential use earlier than usual.

As it stands, the state providers were required to share the data by the 28th of the following month. For example, data on water use for the month of April were not presented until the end of May and were not available to policy makers until June.

In a message to water suppliers, state water officials wrote, “access to current water consumption data is essential for state and local management of the drought crisis.”

Last summer, Newsom urged residents and businesses to voluntarily reduce their water consumption by 15%. But by the end of March, urban water use had increased by 19% compared to March 2020, the year the drought began.

It was the highest March water consumption since 2015, the State Water Resources Board reported.

In March, Newsom issued an executive order on the state’s severe drought conditions. In response, the water board prohibited lawn watering on commercial, industrial and institutional properties, excluding lawn grass used for recreational or community purposes.

California’s drought crisis is now covering all 58 counties as the state enters its third year of mega-drought. The board has shown deteriorating conditions, with the largest reservoirs in the state currently at half of their historical averages.

This year, the state has faced the driest January, February and March since California began keeping records more than 100 years ago, the board noted.

Facing back-to-back dry years and record hot waves pushing the drought in historical territoryCalifornia was tasting the rain it was looking for in early fall last year when the first big storm of the season hit the ground in October.
Then, in late December, more than 17 feet of snow fell in the Sierra Nevada, which researchers said was enough to break decades-old records.
But suddenly precipitation leveled in January, and the water content in the state’s snowpack this year was only 4% of normal until the end of winter.
As a result, the state’s two largest reservoirs – Lake Shasta and Lake Oroville – were also at “critically low levels“in May, the point of the year when they should be the highest.
In Southern California, water district officials announced unprecedented water restrictionsrequiring businesses and residents in parts of Los Angeles, Ventura and San Bernardino counties to reduce outdoor watering to one day a week, which began on June 1.
And unlike cities such as Los Angeles and San Francisco, which are flooded with water from the state’s dwindling reservoirs, much of rural California depends on groundwater that has already been extracted. Not only was there not enough rainfall to fill reservoirs, but also the hot and thirsty air drained water from what was left on the ground.

The State Water Project, which pipes water down from the northern Sierra Nevada and the Sacramento-San Joaquin River Delta to the southern part of the state, will receive only 5% of its requested water supplies this year according to the water resources department’s finalized plans.

Citing “unprecedented dry conditions,” the control commission in May cut off how many water rights owners receive from the Sacramento-San Joaquin Delta watershed, the state’s largest source of surface water. The agency also said it expects further cuts to follow in June and through the summer and early fall – until there is an opportunity for heavy rainfall. The watershed supplies water to two-thirds of Californians and “millions of acres” of farmland, according to the board.

The U.S. Recovery Agency is also cutting allocations to the Central Valley Project, which provides water to the state’s Central Valley, San Joaquin Valley, and the San Francisco Bay Area.