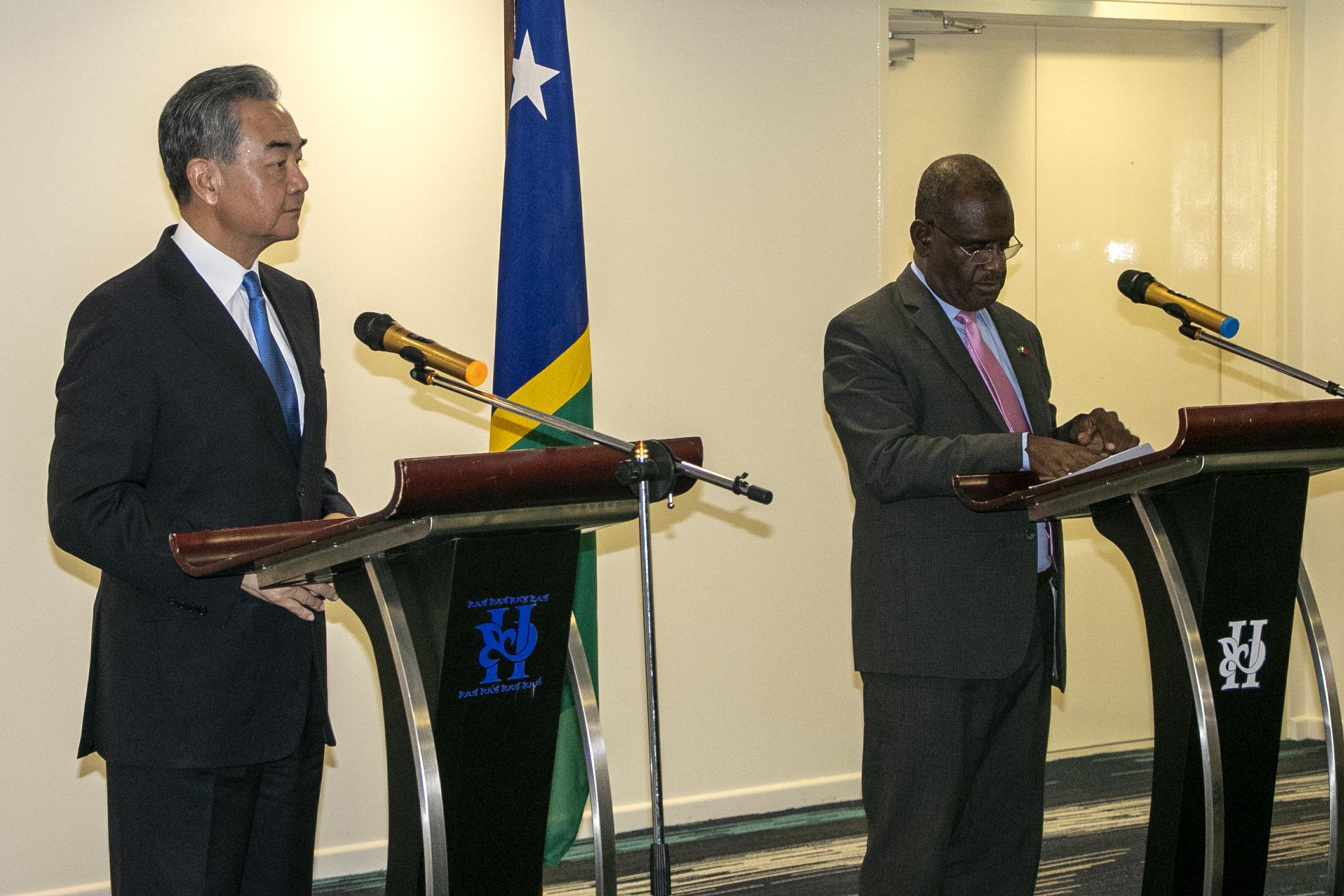 WELLINGTON, New Zealand (AP) – China’s foreign minister on Friday arrived in the remote Pacific nation of Kiribati, where the future of extensive fishing is at stake.

Wang Yi’s planned four-hour visit was his second stop on an eight-nation tour that comes in the middle of growing worries on Beijing’s military and financial ambitions in the South Pacific region.

Kiribati has closed its borders this year as it attempts to crack down on a COVID-19 explosion. But its government has made a rare exception to allow Wang and his 20-strong delegation into the country for face-to-face discussions.

In Kiribati, the future of the Phoenix Islands Protected Area is at stake, a piece of ocean the size of California that has been named a UNESCO World Heritage Site.

In November, Kiribati President Taneti Maamau announced that the government had planned to end the commercial fishing ban that had been in place since 2015 and start sustainably fishing the area.

Anna Powles, a senior lecturer in security studies at Massey University in New Zealand, said she hoped there would be some fishing deals between China and Kiribati that would come from Wang’s visit.

Powles said China, which already controls fishing in the region, has proposed upgrading an airport runway and causeway in the Phoenix Islands.

“The concern is that this would essentially wipe out the fish supply,” she said. “That it would seriously damage fish that are already under pressure.”

She said there were also concerns that any base for Chinese commercial fishing fleets in Kiribati could also be used as an additional hub for Beijing’s surveillance activities.

The president of Kiribati said Wang would visit his residence for bilateral talks during the visit, and stressed the health protocols that were in place.

Maamau said in a statement that the Chinese delegation would have to conduct PCR tests before arriving and staying in a travel bubble while there, and that everyone in Kiribati who contacted them would need to be quarantined later in a week – presumably including themselves.

“The high-level state visit is an important milestone for the relations between Kiribati and China, as it will strengthen and promote partnership and cooperation between our two countries after the resumption of diplomatic relations in 2019,” Maamau said.

China says Wang’s trip to the region is based on a long history of friendly relations between Beijing and the island nations.

A draft document obtained by The Associated Press shows that Wang hopes to make a deal with 10 small Pacific nations during his visit. The vast deal covers everything from security to fisheries and is viewed by at least one Pacific leader as an attempt by Beijing to seize control of the region.

Wang hopes that the countries will approve the pre-signed agreement as part of a joint communiqué after a May 30 meeting in Fiji with the other foreign ministers.

But Australia struggled to resist the move on Thursday by sending its own foreign minister Penny Wong to Fiji to bolster support in the Pacific.

In Fiji, Wong said it was up to each island nation to decide what partnerships they had formed and what agreements they had signed, but urged them to consider the benefits of staying with Australia.

“Australia will be a partner that does not come with ropes tied or imposing unsustainable financial burdens,” Wong said. “We are a partner that will not erode Pacific priorities or Pacific institutions.”

China signed a security pact with the Solomon Islands last month in a move that sent shockwaves across the world.

That pact raised fears that China could send troops to the island nation or even establish a military base there, not far from Australia. The Solomon Islands and China say there are no plans for a base.

Australia’s new Prime Minister Anthony Albanese said on Thursday he had sent Wong to Fiji because Australia needed to “step up” its efforts in the Pacific.

“We have to respond to this, because this is China, which aims to increase its influence in the region of the world where Australia is the security partner of choice since World War II,” he told Australian Broadcasting Corp.

But Chinese Foreign Ministry spokesman Wang Wenbin said that in recent years, exchanges and cooperation between Beijing and the island nations have spread in a development welcomed by the Pacific countries.