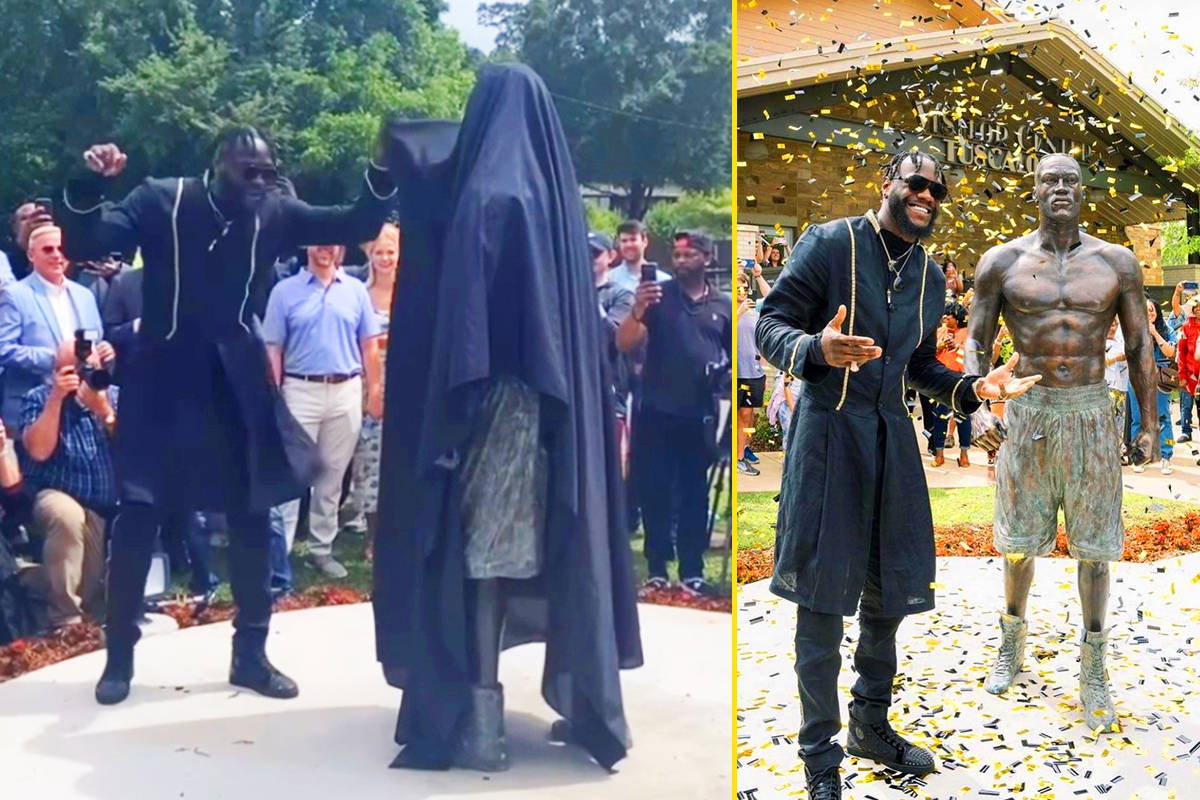 Deontay Wilder has now confirmed that he does intend to return to boxing and fight again.

The former WBC heavyweight champion of the world revealed that he was considering retirement after his trilogy defeat to Tyson Fury back in October, but will resume his career in the near future.

Wilder has taken some time off the spotlight in recent months, as he often does between fights.

On Wednesday, however, he was honored with a statue in his hometown of Tuscaloosa, Alabama

Wilder attended the statue’s inauguration and gave a speech in which he ended by confirming his plans to fight again.

He later added to Blue Blood Sports Television: “The one thing about boxing – and I proved it – is that boxing thrives on excitement, but the excitement of the American champion.

“Sometimes that dies, so does boxing …

“I should go back to popular demand, because that’s all I’ve heard from above and below.

“From homeless people to billionaires.

“It was just a wonderful feeling, so many people contacted me and told me that I was important because without American heavyweight boxing really isn’t exciting.

“An American heavyweight brings that excitement to the division, and then all the money flows. I had several people ask me to come back.”

Wilder is now 36 years old, but remains one of the highest ranked heavyweights in the world only after losing to the man widely regarded as the best in the division today.

For now, Fury continues to hold the WBC title he won from Wilder, despite claiming to be retired from the sport.

Meanwhile, Usyk owns the other three zones, having dethroned AJ to take them back in September.

The pair are heading for a rematch next, which is scheduled for July 23rd.

Whyte remains a viable opponent for Wilder because of their bitter past rivalry.

However, it is currently unclear what his plans are following his own knockout defeat to Fury.

The most viable option of the four may well be Ruiz Jr. who, like Wilder, is signed with Al Haymon’s PBC.

Ruiz Jr. is heading for a collision with Wilder’s old enemy Luis Ortiz in August.

If he wins, a bout between two former heavyweight champions could be huge in the United States.

Go to YouTube for more talkSPORT’s dedicated boxing content where you’ll find exclusive interviews with likes of Tyson Fury, Eddie Hearn and Jake Paul, in addition to our own boxing intern.