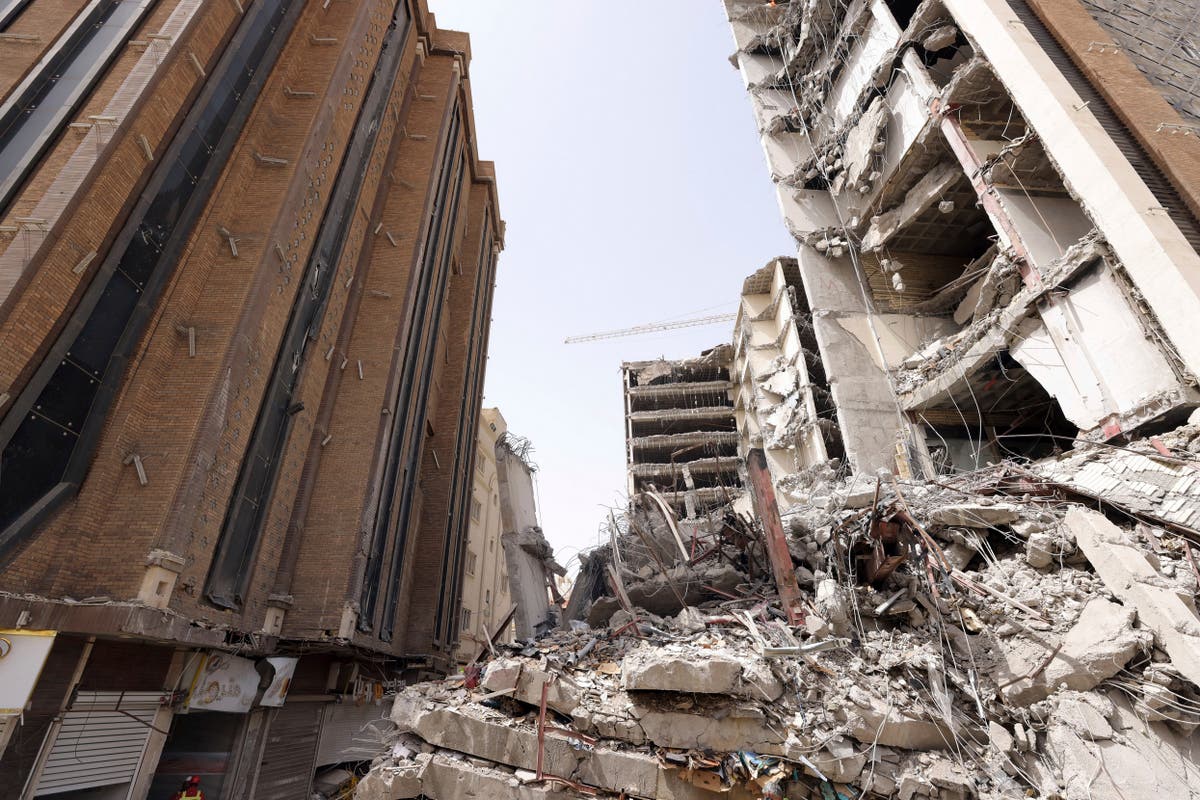 Iran disrupted online access to the outside world as angry protesters rallied over the collapse of a tower in southwestern Iran that killed at least 34 people, experts said on Tuesday as outrage and sadness continued to grow in the country.

The disruption has plunged the southwestern province into digital isolation, making it difficult for journalists to authenticate events on the ground and for activists to share footage and organize protests.

It is a tactic that the Iranian government has repeatedly used during times of unrest, say rights activists in a country where radio and television stations are already state-controlled and journalists face the threat of arrest.

Internet interference in the oil-rich Khuzestan province began in early May, weeks before the deadly collapse, said Amir Rashidi, a researcher at Miaan Group, which focuses on digital security in the Middle East. The province, home to an ethnic Arab population that has long claimed discrimination, has been a hotbed in protests against the declining economy and rising food prices.

Disruptions then intensified in the area following the collapse of the Metropol Building last week, according to data shared by the Miaan Group.

The catastrophe sparked widespread anger in Abadan, where residents claiming government negligence gathered at night at the site of the collapse to shout slogans against the Islamic Republic. Videos of the protests circulated widely on the internet, with some showing officers clubbing and firing tear gas at protesters.

The footage analyzed by The Associated Press corresponded to known features of Abadan, about 660 kilometers (410 miles) southwest of the capital, Tehran. The number of victims and arrests remains unclear.

In response to the protests, Iranian authorities sometimes completely shut down the internet and at other times allowed only strictly controlled use of a home internet network, the Miaan Group reported.

During the day, authorities also appear to have limited bandwidths to make it difficult for people to share large files, such as video, without completely leaving Abadan, said Mahsa Alimardani, a senior researcher at Article 19, an international organization that fights censorship.

Last Friday, as crowds took to the streets to chant against top officials, a digital barricade of sorts rose between Iran and the world, data showed. Only certain government-approved national websites were able to stream content but not overseas-based websites.

“It was a pattern we saw when it gets dark where Google doesn’t work, but the Supreme Leader’s website works well,” Rashidi said.

The Iranian mission to the United Nations did not immediately respond to a request for comment.

Meanwhile, rescue workers pulled another body from the rubble on Tuesday, bringing the death toll to 34 amid fears that more people could be trapped in the ruins. Five of the victims were school-age children, the official IRNA news agency reported. Another 37 people were injured in the collapse, with two still hospitalized.

The growing political and economic pressures come as negotiations to restore Tehran’s ragged nuclear deal with world powers have stalled. Hostilities have erupted as Iran is stepping up its nuclear program far beyond the limits of the nuclear deal and last week seized two Greek oil tankers on a key oil pipeline across the Persian Gulf.

As a sign of these growing tensions, that of Iran Ministry of Foreign Affairs sharply criticized the International Atomic Energy Agency on Tuesday for its quarterly report released the day before on Iran’s nuclear program.

The UN nuclear guard also said that Iran had not yet clarified traces of uranium particles that IAEA inspectors had found in former undeclared areas in the country – a long painful point between Iran and the agency despite a recent push for a resolution before June.

Khatibzadeh said the agency’s statements “did not reflect the reality of negotiations between Iran and the agency.”

“The agency must be careful not to destroy the road we went down hard,” he told reporters in Tehran.