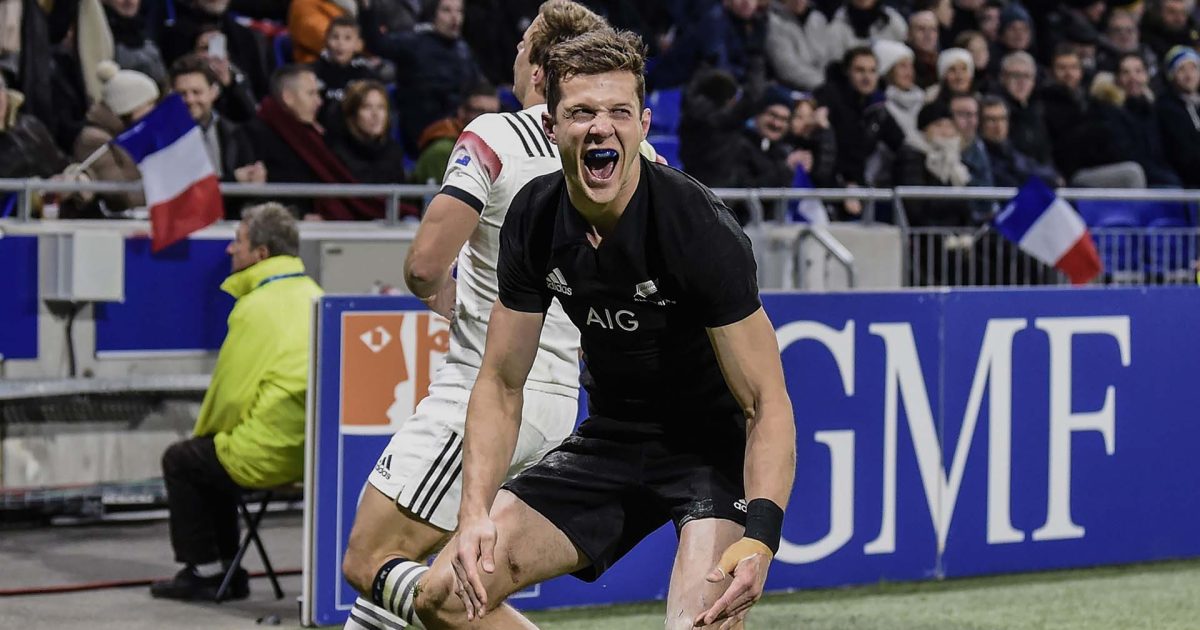 In a social media post published on Saturday, Duffie confirmed that he was hanging up his boots after a cross-country career that lasted more than a decade and saw him play for the All Blacks in rugby union and the Kiwis in rugby 13.

“It’s time to hang up the boots and I’m so happy to do it on my terms,” Duffie wrote on Instagram a day after his side Mie Honda Heat lost his. Japan Rugby League One promotion relegation final series against the NEC Green Rockets Tokatsu.

“It simply came to our notice then [sic] it was a difficult decision to come, I really feel excited about starting the next chapter and I won’t miss limping for about 20 minutes every morning, let alone the pain after a difficult session or game.

“I was really [sic] blessed to share the locker room with some of the greats of both codes, encounters many only dream of, its [sic] did not lose sight of how fortunate I was for those experiences.

“I want to thank all my teammates I had during my time, it’s true [sic] a lifelong connection, looking forward to beer and thread as our paths cross.

“Thanks to all the coaches I’ve had, I’ve learned something from everyone who has ever coached me, good or bad, coaches promote growth and I’m the person I am today with those experiences.

“To the fans, the beating heart of Sport, thank you for always supporting me. I hope I made you proud. I also hope you laughed well whenever I was pushed away.

After moving to rugby union of rugby 13 before 2016 Super Rugby season, Duffie spent five seasons with the Blues, making 54 appearances and scoring 11 tries for the Auckland-based franchise.

During that time, the former outside back also spent four seasons with North Harbor, where he won the 2016 Miter 10 Cup Championship and won 22 tries from 39 matches.

Duffie’s form for the Blues and North Port earned him an All Blacks call-up for their 2017 year-end tour, where he played in two non-tests against the Barbarians at Twickenham and French XV in Lyon.

He won his lone All Blacks try in New Zealand’s 28-23 win over the French XV at Parc Olympique Lyonnais.

Playing for the All Blacks, Duffie became the 37th person to represent New Zealand in both rugby union and rugby 13, played – and won in – his one and only Test for the Kiwis in the 2011 Anzac Test against the Kangaroos.

Duffie is also one of only three people, along with Karl Ifwersen and Sonny Bill Williamshaving represented New Zealand in rugby 13 before doing so in rugby union.

As a rugby 13 player, Duffie joined the Melbourne Storm on a scholarship at the end of 2008, and was part of the club’s NRL U20 title-winning side in 2009.

The following year, he made his NRL debut for the Storm, where he spent an injured six seasons before leaving for the Blues.

A member of the Storm-winning side of the Storm in 2012, Duffie missed that year’s grand final after undergoing shoulder surgery for the second time in as many years.

A third shoulder injury and two torn ACLs limited Duffie’s output to just four games between 2013 and 2014, but he continued to make 62 appearances and scored 150 points for the Storm between 2010 and 2015.

After leaving the Blues for Japan after 2020 Super Rugby Aotearoa campaign, Duffie closed out his career by making 18 appearances and winning four tries for Honda.

Duffie added in his social media post that he would now move back to Melbourne with his wife and two children.