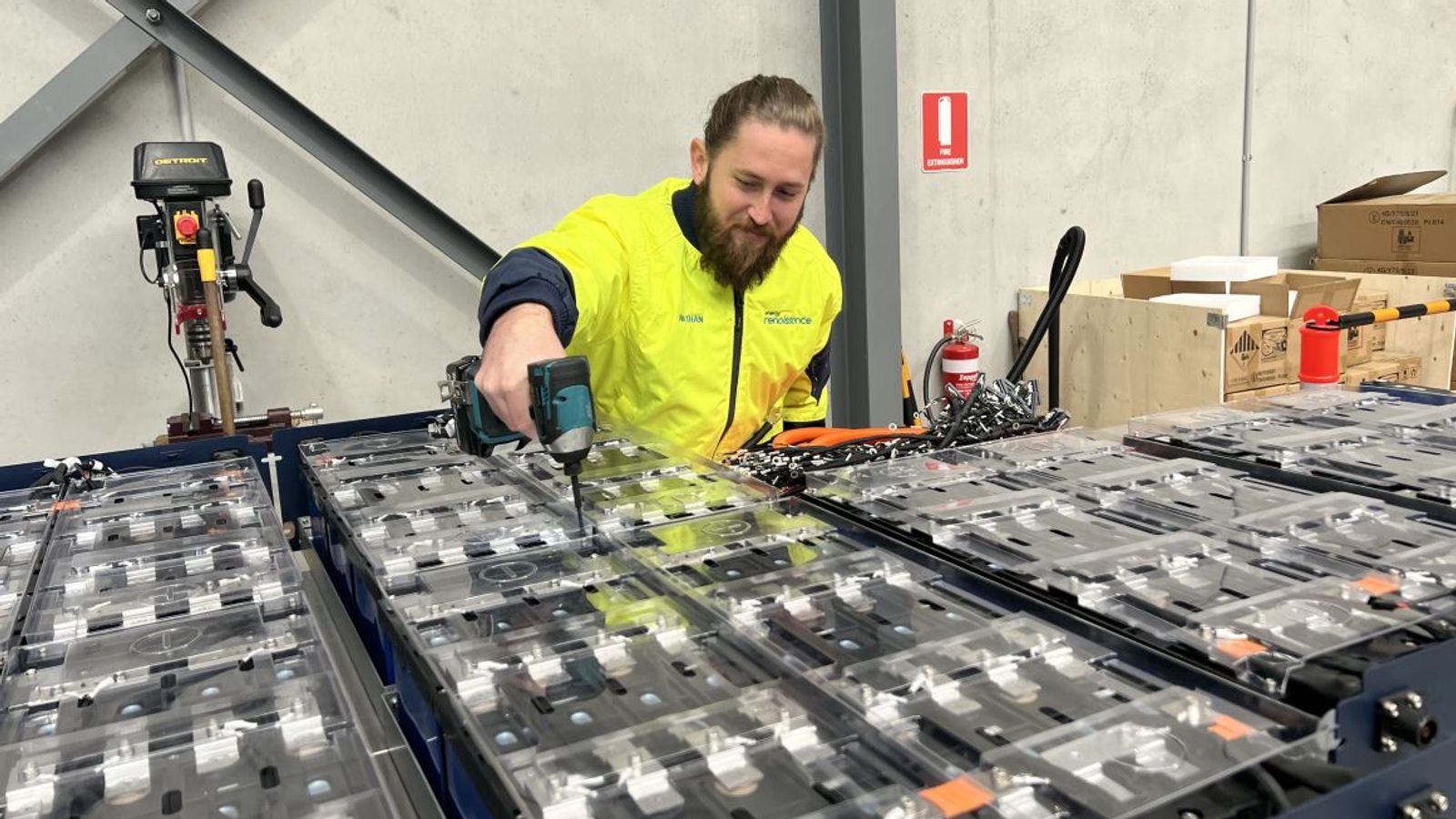 Behind a sparse row of eucalyptus trees a monstrous ditch split the countryside in two.

Mountains of slag line up the edges of a black hole, and the largest trucks you’ve ever seen remove layers of earth to reach the precious commodity below: coal.

We are in the Hunter Valley of Australia, a region rich in natural resources.

It is also at the heart of the debate on the country’s future climate change policy.

A new labor government has risen with bold ambitions to transform Australia’s reputation for climate denial and delay and make it an international role model.

It promises to reduce Australia’s greenhouse gas emissions by 43% – a considerably deeper cut than the previous Liberal Coalition’s 26-28% target.

Labor also aims to convert more than 80% of the country’s power to renewable energy by 2030 and spend more than £ 11 billion to upgrade the national grid.

We came to the Hunter Valley to find out how Labor’s plans could affect a community that has been dependent on fossil fuel extraction for generations.

Patrick Dennis works in the mines, and so does his father. When we meet him, he has just finished four night shifts and is taking bacon and an egg on the way home.

Mr Dennis says he is not too worried about the future of mining despite the election results, as coal is one of the country’s most important exports.

“I’m pretty sure we have about 80 years of coal in the ground, so that’s going to exterminate me and my son,” he says.

It is not an unusual sight in a place like Singleton with its population of 25,000 people.

Without the industry, Singleton would be a “ghost town,” Dennis says.

In most rural towns, there is hardly any traffic at seven in the morning. But the peak time in Singleton could be Sydney.

Mining trucks, semi-trailers and the ubiquitous Australian cars (utility vehicles) are buffer to buffer in and out of the city when the night shift ends and the day begins.

It is the ebb and flow of life in a mining town.

But some young people, worn out by long shifts and worried about job security in an increasingly green world, are starting to jump ship.

Nathan Berryman grew up in Newcastle, a city with a proud industrial history.

After working as a mining electrician, he switched to the renewable industry, taking a job with electric battery manufacturer Energy Renaissance.

“I remember when I first started, a lot of business people who were in their fifties and sixties said you don’t want to be here when you’re our age,” he says.

“They know what the industry is like. It’s a difficult life, but it’s rewarding, and they care about the longevity (of the job) and the location.”

Mr. Berryman did not want to end up as a fly-in-flight officer, working away from his family and friends in a remote camp in the middle of the desert. So he took his future into his own hands.

Its boss Brian Craighead, founder of Energy Renaissance, says his industry is on the brink of proud change.

“For several years we felt like we were in the desert (but) now hope is running through the country,” says Mr Craighead.

“We’ve been prevented all along by politicians denying basic science, so now I think the voters have spoken quite clearly, and they want this.”

So as Australia embarks on a new course, tackling the great challenge of our lives, those still working in the resource sector may ask: what’s next?

And at the cafes and pubs in distant cities, there is noise about a transition to renewable energy.

And if the winds of change come, some may do better before them.