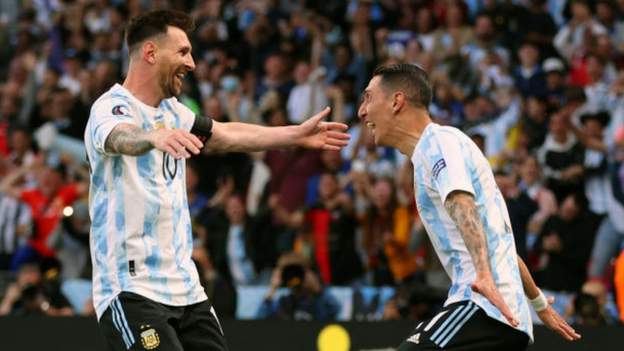 Lionel Messi and Angel di Maria shone as Argentina defeated Italy at Wembley in the Finalissima – a renewal of the competition between the European and South American champions.

Messi’s run and cross set up the opener for Lautaro Martinez, who then became a supplier for Di Maria to peddle a second.

Italian defender Giorgio Chiellini played the first half of what was his 118th and final international match.

The competition is the first between the two continental champions in 29 years.

It is a revival of the Artemio Franchi Cup, which has been contested twice before – in 1985, when France defeated Uruguay and in 1993, when Argentina defeated Denmark on penalties.

Ireland’s five-match tour in New Zealand against All Blacks and Maori All Blacks: How to watch live at Sky Sports | News of Rugby Union

The cultural stigma of referees is still relevant today Referees