HArold Nicolson famously wrote that the Queen became Queen in 1952 “while sitting in a tree in Africa watching the rhino go down to the pool to drink”. She was wearing jeans. For much of the next 70 years, she was the one for whom royal safaris would patiently wait for a brief glimpse. which they received on Thursday when she came to the balcony of Buckingham Palace dressed as a particularly delicate Wedgwood vase.

The thing about a royal show is that even avid ironists fade before it. Mark Twain covered Queen Victoria’s Diamond Jubilee, sent to do the task for American readers by William Randolph Hearst, and only administered a single, final sentence of iroko after several thousand astonished words. “You can enjoy a rainbow,” Twain thought, “without necessarily forgetting the forces that made it.”

For some, of course, enjoyment is completely out of the question. But I hope that, like me, you really enjoy the grandeur of those who feel compelled to publish their own regular court and social bulletins on the jubilee. “I won’t look at this.” “I’m not going to a street party.” “I’ll click my knitting needles.” Wonderful. It is very good of them to go out on their digital balconies to acknowledge their audience, of course, and perhaps accept one or two of their devoted followers. But also, it’s funny how both the most ardent royalists and Republicans in this country embody that sweetly ridiculous solipsism of that one. bright thin wall of AA Milne’s poem about changing the guard at Buckingham Palace. “‘Do you think the King knows all about me?’ “Sure, darling, but it’s time for tea …”

Clearly, the ability to look like an extra bank holiday in the mouth is extremely admirable, and risking repeatedly online to express contempt is a form of tireless service in itself, and a much better way to spend your time than just going to the bar. and ignoring it with pleasure there. Indeed, given the focus on constancy, we must remember that drunkenness has long been a feature of such occasions. I read a ridiculous newspaper report of the silver jubilee of 1977, which featured a Scottish man in town for football, who was appalled by an early morning rehearsal of the carriage procession a few days before the main event. “I was scared,” he said. “I haven’t been intoxicated since Thursday and I thought it must be Tuesday or the Scottish team making an honorary tour around London.” This report also contained the immortal line: “The outside office confirmed last night that Mr. Enoch Powell will spend [the] jubilee in Moscow. ”

Sincerely, this is my favorite part of all these events – the ability to go back and read what all sorts of different people really thought about it, and then flash to see what has changed (or not). The brilliant biography of Ben Pimlott’s queen suggests that part of the monarch’s reluctance to have her coronation televised was fear that the appearance of boredom would be inadvertently transmitted (she was bored at the coronation of his own father).

Boredom was the constant chase of her role. I always think the British would rather see their royal family miserable and suffering from “duty”, which is a big part of why they cursed Diana for unsuccessfully trying to have a life away from it (then pretending they never did that when she died) . Nowadays Diana’s son’s more successful escape attempt has made people far crazier than the actions of someone sixth in line to the throne should ever have. People who wouldn’t dream of sacrificing even an active role in Mail Online’s comment section are demanding superhuman feats of miserable absorption at their royal family.

But back to 1953, and the BBC made supposedly terrible mistakes even then. A discarded line in the Radio Times suggesting that the queen approved of the coverage of her father’s death was viewed as totally flammable. She was right no sight, insisted the royal household, and that was the point. (Today, in an age where constant opinion is constantly fetishized, the queen may be the last person whose opinions remain sacred.) At the coronation itself, Noel Coward made a joke about the Queen of Tonga so scandalous that he uncharacteristically rejected it, perhaps worrying that he would be annulled. In fact, he felt he had been canceled in Tonga, judging that a planned visit the following year had been made “completely impossible”.

Snobs closer to home remain a huge part of many royal occasions, as they were long before the 13th fairy failed to make the cut for the sleeping Beauty’s baptism. Kim Kardashian, currently on a kind of unilateral state visit to Britain, reportedly sought an invitation to Saturday’s jubilee party, but was rejected. Other omissions? I couldn’t believe it when Prince Andrew announced that he had Covid and therefore would not attend today’s service at St Paul’s. That was exactly the same excuse I would use for not writing a rubric during a bank holiday, but then I remembered that I had it in January, and I don’t have one either. recently paid £ 12 million to plaintiff in case of sexual assault. So here we are. And, indeed, the Duke of York is not here.

In 1953, even the celebrated photographer Cecil Beaton feared that he would be an NFI, although he did not have to worry. He took the hypnotically brave official portraits of the new Queen, not in the Abbey itself, but later, and against a painted, impressionistic background of the church. Beaton may have always understood that royalty needed extra artifice to work – succeeding most dramatically as a representation of representation. His dreamy coronation image stands in stark contrast to the pretty artificial photography of the Queen released to mark the platinum jubilee. Presumably the sitter was a little bored with this process over the decades, but then a longing nostalgia is essential for all royal occasions. Many can’t help but wonder if the country has just done things better in the past, which is constantly receding.

“The coronation was phoenix time,” Princess Margaret once said. “Everything was lifted from the ashes. She was this beautiful, lovely young lady, and there was nothing to stop her from getting better and better. ” This is not quite the whole story of that post-imperial moment, but it is quite difficult to avoid the unfortunate contrasts with our present, where at present it seems to many as if there is little to prevent things from getting worse and worse.

Ah, here it is again. Encouraging us to look back and forth at the same time, at the same-yet-different from everything. This is perhaps the trick of royalty in its most successful form. You don’t have to like it – that would be absurd. But to be unable to find anything to be interested all in all, well … that seems like a wasted opportunity, and none of us can drink to that.

Do you have an opinion on the issues raised in this article? If you would like to send a letter of up to 300 words to be considered for publication, please email us at guardian.letters@theguardian.com 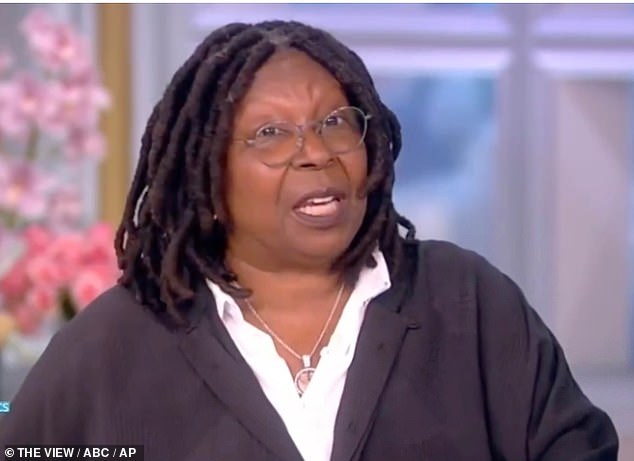