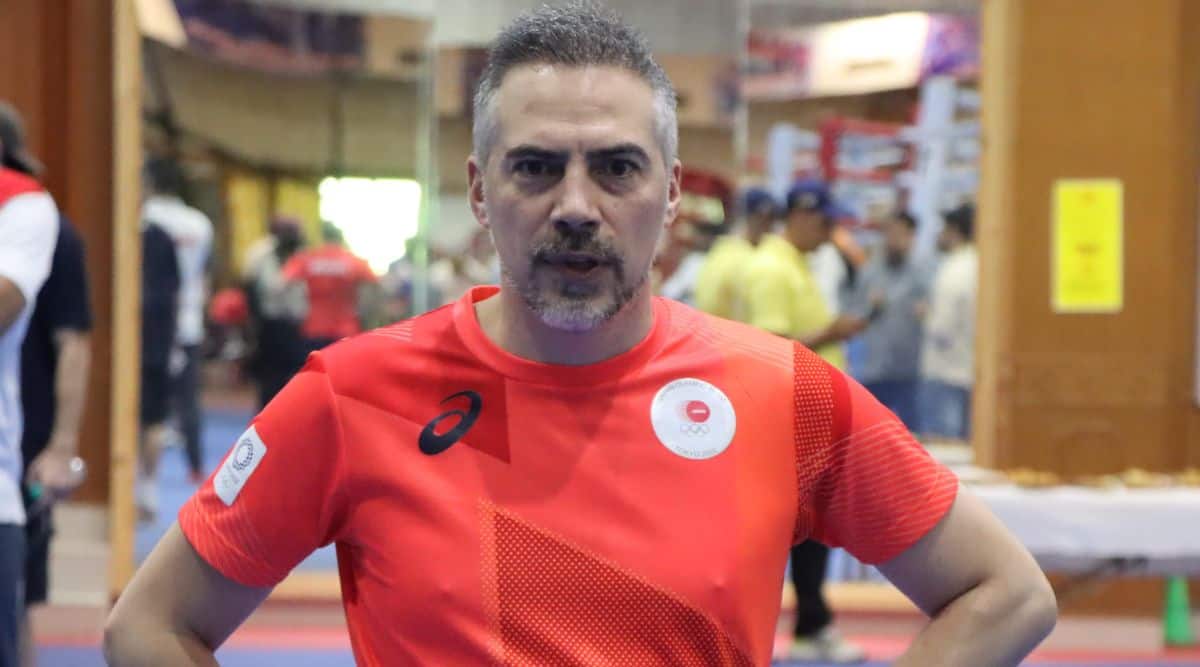 Post the rehearsals for the Indian men’s team for the Commonwealth Games, top high-performance director Santiago Nieva was an emotional man. As the Swede completes his tenure before joining Australia as their head coach, he talks about various aspects of Indian boxing, his policy of having no trials, the disappointments at the Tokyo Olympics and what will precede for Indian boxing.

Q. You joined the team in April 2017 and are now leaving after a five-year stint. What was the main difference between then and now?

A. The main difference was the high-performance structure I was trying to incorporate. We needed good tactical and technical training and worked around that. There was a lot of emphasis on strength and endurance earlier and I also had to put the focus on power and tactics.

Tactically speaking, our boxers went head-hunting in the ring rather than targeting more variations. We had to work on things like avoiding the opponent or holding on, and knowing how to get out of those situations.

Once it got into their heads, it became easier to train. The thing about major boxing nations like Russia, Cuba, and Kazakhstan is that they start tactically right from the ground up. A boxer aged 16-17 has a good ring IQ. And I tried to encourage that.

Q. You have been an activist to have no trials for boxers for international competitions like CWG, Asian Games or Olympic qualifiers. We’ve seen boxers like Nikhat Zareen and others demanding rehearsals. What do you think about this?

A. Well, in India people are crazy about testing. When I introduced this concept and policy of not having tests, obviously I faced resistance from the boxers who do not qualify. I believe if there is a boxer who has proven himself on the international level by discovery with coaches over-investing in him, why put an extra burden of testing on him.

In some cases where we have equally good boxers, testing is necessary. As the head coach, you should be able to make the decision based on the boxer’s assessment and support that boxer in a particular weight category. The recent qualifying system for the Paris Olympics has reduced the number of qualifiers and placed more emphasis on world rankings.

If we support one boxer who has regular good performances at the international level, he will be able to collect more ranking points. Yes, having no evidence is not a foolish system but that is my opinion.

Boxing is in Hussamuddin’s blood. His father Mohammed Samsamuddin is a boxing coach and his brothers Etheshamuddin and Itishmuddin are boxers and Indian internationals.

Q. What will be the highlight of your shift?

A. There are several highs for me. Seeing an Amit Panghal box in the 2019 World Cup final, where we won two medals and four boxers reaching the quarterfinals, was definitely one of the highest points of my career, in addition to the Indian contingent winning 13 medals at the 2019 Asian Championships. .

But the best moment must be for Amit to defeat reigning Olympic champion Hasanboy Dusmatov in the 2018 Asian Games final.

D. And what was the low point of your shift?

A. Well, Tokyo should be the low point in terms of men’s boxing. It’s no secret that we couldn’t deliver on our expectations and no hiding from the fact that we didn’t win a medal. People ask me to do an analysis and I just have to say that unfortunately, it happened at the Olympics.

We have to understand that all our boxers have lost against good opponents. The Colombian (Yuberjen Martinez), against whom Amit lost, is a 2016 Olympic medalist and if you had asked me two months before the Olympics, I would have said that Amit would have beaten him. In Italy, he dominated Amit three times in combat sessions. We thought that in the Olympics, Amit would be able to use the bigger ring better and Amit showed that by winning the first round.

But for that, he had to expend a lot of energy and get tired in the next two rounds. Manish lost a very good boxer. Vikas was injured in Italy but as coaches we decided to take a risk. If it were some other competition, we could get him out. We were sure that even if he wasn’t 100 percent capable, he could deal with it with all the experience. Unfortunately, he recovered and Mensa Okazawa was very good.

Our best boxer at the Olympics was Satish, who came close to winning a medal but faced someone like Bakhodir Jalolov. We did not qualify any women boxers for Rio but qualified four women boxers for Tokyo. Coming back with one medal, where few countries have medaled more than once, is a good achievement.

Q. Women’s high-performance manager Raffaele Bergamasco has resigned due to the non-extension of her contract last year. Beneath him, the women boxers returned with an Olympic medal. How do you see his departure?

A. Obviously, it was a big loss for Indian boxing. It was difficult for him to make such a decision and we have to respect that. If we look at the results, he had a very successful trip in India and Indians owe him for a role in the bronze medal of Lovlina (Borgohain), India’s only third medal in the sport.

Q. There have been some criticisms of the Indian team training in Italy before the Olympics. Boxers like Vikas Krishan named the lack of Indian food choices as one of the reasons for failure in Tokyo. Do you think that training in Italy played a role in what happened to Indian boxers in Tokyo?

A. We must understand that it was not our plan to spend so much time before the Olympics in Italy. We had a meeting with boxers and everyone in the men’s camp agreed on a 2-3 week camp in Italy. Among female boxers, only Mary Kom said she would train in India.

The plan was to spend 2-3 weeks in Italy and return to India and then go to the Olympics. But as the COVID-19 situation has changed, the government has told us that we have to quarantine if we are to return to India. So, we had to make that decision to stay longer in Italy.

Santiago Nieva said there was a lot of emphasis on strength and endurance earlier and I also had to focus on power and tactics. (Express photo)

The reason we chose Italy was because we felt it would suit us. Columbia and Ecuador teams trained there and later the France and Azerbaijan teams also trained there. Yes, food was a problem for the extended stay and they helped us with everything they could do. But no one complained when we trained in the same place in front of the world champions or Olympic qualifiers and gave results.

To say that Italy is the only reason for what happened at the Olympics is to simplify things. It is our responsibility as coaches, boxers and the whole program.

Q. Looking ahead, how do you see Indian boxing growing and what will be your advice to Indian boxers?

A. Indian boxing has to look ahead. Losing is part of the game and yes, we failed in Tokyo in addition to that medal but we have to build on the process. Remember, two world champions lost in the first round in Tokyo.

A country like France, which won six medals in Rio, did not win a medal in Tokyo. If you want someone to take responsibility for failure, I’ll take it. But I’m glad we have a training structure and an issue called high-performance management in Indian boxing. What we should aim for is to have a good internal competition structure throughout the year.

Prior to Covid-19, we had a team in WSB (World Series of Boxing), had professional nights and professional leagues, and a focus should be on providing the boxers with a competitive atmosphere all the time.

India must once again become the leader in the organization of international competitions: Santiago Nieva |Also Read

And I hope to tap one of my boxers in Paris for winning an Olympic medal.