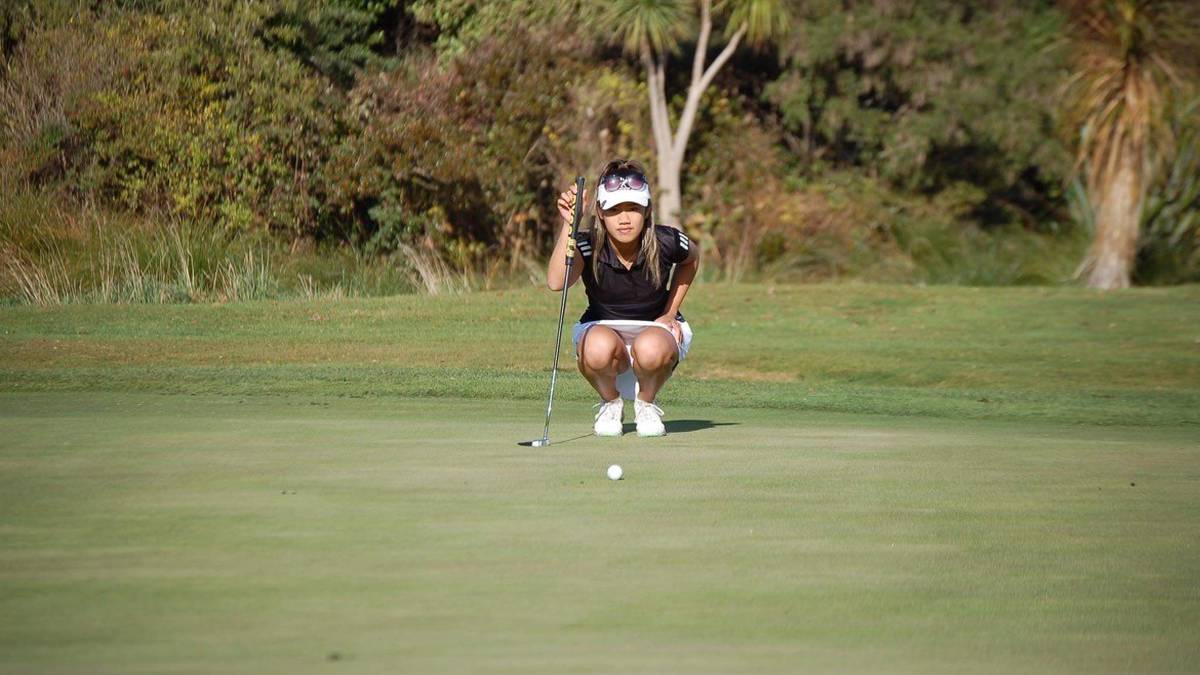 Young golfer Mia Scrimgeour wants Māori tournaments to be recognized as well as other regional and national competitions.

The teenager, going to Missouri Southern State University on a scholarship, advises young athletes to “do what everyone else is too lazy to do.”

Becoming a freshman this August, Scrimgeour talks about how she got into golf and her struggles with the politics and solitude of the sport.

How did you get into golf?

I started playing golf when I was five years old. My father worked for Motorsport New Zealand and often played golf at work. Being competitive, he would train for these and I would go with him to the driveway and hit golf balls. One day a guy came to my father saying that I was “a little good” and asked if he had ever considered putting me in lessons.

After this, my father put me in lessons at Karori Golf Club and that was, my journey began. I would go to training every Sunday just for the chocolate bar after winning the donation contest. I think this probably grew my love for the game the most. When I was nine, I first represented Wellington at the Girls National Interprovincial, playing at the Arikikapakapa Golf Club in Rotorua. This was also the first competition where I led a representative team. I went on to play in this contest for seven years.

I first represented Wellington on their women’s team when I was 12 and then New Zealand when I was 15 years old at the ANNIKA Invitational. My handicap is 0 and I have been gradually rising in the ranks in Wellington and New Zealand since I was about eight years old.

What are some of the challenges you have faced in your career?

I found it difficult because I am a very social person, loved a lot of different sports, and had a social life – realizing that golf was not my whole life after all. I felt like I was being punished and not selected for the team. Not because I wasn’t necessarily as good as the other girls but because I didn’t put all my heart, soul, sweat, tears and mind into golf. I felt despised and expelled from the rest

I mostly struggle with the loneliness of golf. Yes, I know it’s an individual sport I’ve joined, but it doesn’t have to be an individual sport. I often felt completely alone, which made me not want to train and exercise as much as I should have.

What does it mean for you to be a successful Māori athlete?

Unfortunately, in golf, it doesn’t mean a lot. I have won the Māori National Championships two years in a row but it hasn’t opened as many doors as I think it should have. When I won the 2020 Māori Women’s Championships, the male winner was given entry to the NZ Open and was interviewed on Sky TV, but I left with nothing. Not that I asked for fame or anything, just the opportunity to play at such a prestigious tournament would be amazing. The Māori Golf Nationals and various regional competitions are some of the best tournaments I have ever played in and should be recognized as important as any other national or regional championship.

Why did you want to play in America?

I wanted to go to America for college since I was about seven years old. People would always ask me what I wanted to do when I grew up, and I would always say that I wanted to go to America to study law and play golf. America just always seemed to have more opportunities and paths than any other country, especially when it comes to golf. Many golfers I know from New Zealand have taken this route, done incredibly well and loved it.

Where are you going and what was the process of getting there?

I chose Missouri Southern State University because they seemed more like us Kiwis than any other school I spoke to. They’re about the people – supportive, encouraging and just seemed like a great set of people to be around every day for the next four years.

I learned that you can get to the United States without having to pay thousands of dollars for an agency. Just do what everyone else is too lazy to do, send 100 emails to 100 different schools, follow 500 different coaches and universities on Instagram, call coaches, email them videos about you, and just keep presenting yourself in front of them anyway. possible. I worked for my scholarship via an Instagram page putting myself in front of as many universities as possible. Since I couldn’t fly to the US, social media was definitely one of the best ways to connect with coaches.

I’ve been following hundreds of Instagram accounts from different universities just hoping some of them will follow me and take a look at my stuff. It was a long process with very little reward until the end when my coach gave me the full scholarship to MSSU.

What do you look forward to moving to the States?

I look forward to the opportunities. To play golf at courses I would never play otherwise. Get a degree and experience both the world and different cultures differently than I do now. I plan to study international, political and legal matters, along with business. In the United States, you can’t take a bachelor’s degree in law, so I took the diploma that I thought would best prepare me for law school and build a business from the bottom up.

Tell us about your fundraiser.

I am organizing an Ambrose golf tournament to help me raise money for my trip to America. Even though I have a scholarship, there are still a lot of expenses I expect to pay. I raise money in the best way I know possible: golf. This will take place at Manor Park Golf Club on Friday, July 8th. Anyone who wants to sponsor or support the event – or participate – should go to www.skylaevents.com.